I’d love to tell you about the great games I’m playing, but the closest I’ve managed was hanging out with my friend Dan Foley for a while on the porch last week. I have been working on Chainmail Bikini, which mostly involves looking through bits of rules I wrote in 2012 and another bit from 2015, and seeing where they agree, and where they don’t.

I’ll say that writing novels  is a lot easier.

Let us find some photos of toy soldier stuff, from simpler times.

This is a game of mighty-thew’d heroes, light-fingered thieves, stiletto-wielding princesses, and outcast nobles whose inheritance has been stolen by wicked kings, or uncles, or someone villainous. Chainmail Bikini is a very light-hearted view of the Sword and Sorcery genre, more like the movie version of Conan than Howard’s original (I realize this is heresy to some people), or the Fritz Leiber books. It’s heroic fantasy treated with affection but not too seriously – something of a send-up, but with an appreciation rather than condemnation for a world in which muscles are huge and underwear is shiny. ”

I’ve been very remiss in adding to the site in months, so let’s do a bit of catching up. Above, we have Bigfeet, from Badger Games, before I had done the basing.

Austrian infantry, converted from plastic army me, with metal heads.

A Renaissance era game, with spy rules we made up more or less on the spot.

A couple of times a year I attend old toy soldier shows. This is a world that has a hard core audience, mostly older, a good part of it nostalgia-based. It tends to advertise by post cards rather than the internet.

Not a lot of customers though, which worries me. Someone blamed it on the state of the parking area, which seemed unlikely. Nobody drives to a show and abandons the effort because there’s construction work behind the venue.

I bought some books, some smaller than 54mm Herald highland pipers I hope will look okay with my 42mms, and these wonderful c19th German flats, for $20 the set. Flats aren’t big with this crowd, so I got a bargain.

The Chinese garden was built as permanent wargame module, where the buildings and trees etc are separate. The idea was that it works for a number of periods and genres, from actual Chinese history and legend through Victorian adventure, Pulp and spy games of the James Bond variety.

While it would be possible to do a conventional battle between two sides laid out for combat, the setting suggests assassination, treasure hunt games,  quests or pursuits.

All the buildings etc are aquarium models repainted.

Most of the work was done in May, with the blossoms of my own garden and neighbourhood as inspiration. The trees, however, all came from China via eBay.

There had been some discussion about a ‘skirmish level’ version of ‘A Gentleman’s War.’ So, last week we tried it, with a single unit of 12 French infantry and a cantiniere defending a cemetery against twice as many Russians.

The Russians, nominally led by the company officers, were actually commanded by a tiny but irascible Orthodox nun. It was her harangue that inspired  the bayonet charge that cleared the French out of the cemetery.

This  week we went to Dan’s house for a bigger game, a thoroughly bloody event in which almost everyone was killed. At least, it seemed that way. My highlight was when my artillery piece was charged by Spanish infantry. I ha theee dice. I need a 3+ to hit. I could blow this attack to smithereens. I rolled all ones and twos. Well, huh.

The rules. Right. We wanted to leave as much ‘as is’ as we could. Here are the differences.

The unit, which we’ve always been vague about anyway, is much smaller. It’s not necessary 1/1 scale, but something under 1/10. The unit might be a platoon, or a small company.

A Court card activates your whole force, a number card one group of figures.

You can break down a unit into as many groups as you like. However, once you’ve done that, each requires it own card to activate.

Each officer figure is treated as a general, with all those particular rules applied.

Long range for shooting is anywhere on the board, but short range is 12” for muskets or rifles, because we aren’t making those distinctions.

A saving throw failure of 1-2 means the figure is dead, and placed face down. Above that (but still failing) it’s wounded, face up. It may return.

On a joker, aside from everything else, roll for wounded men. 1-2 they die, 3-4 remain in wounded state, 5-6 jump up and rejoin unit. +1 if medic, nurse or cantiniere with unit.

We will be working on this.

Matt Rector and I ran a large, well-received game at NJCon yesterday. I won’t give you a blow by blow account, except to say that at two hours the French had won, at two and a half suddenly they had not, and at three, finally, they had. Don’t assume that because you have units across a bridge, the bridge is yours!

The French form up to attack.

The British do the same, with cavalry on their left.

And then they went at it!

Two or three years ago I bought a couple of plywood boxes, about three feet by two, with three inch walls. These were someone’s abandoned project – no idea what – and I got them for a nominal price at a flea market. And then I couldn’t decide what to do with them. Then I had an idea. One would be a Chinese garden, the other a creepy cemetery (although it might double as part two of the Chinese set up).

First I  drew basic plans, then cut up a thin layer of foam, and a thicker , one inch (pink) piece. The river sections join between the two models, through an imaginary tunnel.

I merged the layers of terrain, then washed it over with a thin coat of Durham’s Water Putty, a durable plaster.

Slightly out of sequence here, a base coat of brown paint for the land, blue and green for the water.

Back a bit, we paint the rockwork.

And then we start on the walls, using Hirst Arts moulds to look like Old ruined stonework.  But we’ll get to that as we go along.

I’ve been telling you, possibly incessantly, for ages about our shiny toy soldier rules, ‘A Gentleman’s War’.

A few years ago my regular gaming partner, Dan Foley, bought some 42mm toy soldier castings from the UK and painted them in bright, glossy, traditional style. I had previously had a dalliance with painting 54mm recast Britain’s figures a decade or so before, enjoying the simplicity and freedom of painting figures that didn’t demand complex shading and lining. But I wasn’t about to start a new scale, a new project – – –

So I painted some buildings for Dan, because that’s not actually starting a project, is it? And then I got some ‘free money’ from the French edition of one of my novels, and, well, after due consultation with my wife (after she’d just spent $200 on hobby stuff in my presence – cunning, huh?) it was decided that orders should be sent for what I thought would be almost everything I needed for French and British armies circa 1900, and that’s how it started for me.

Thus having acquired the correct figures (by virtue of Dan sending money to Peter Johnstone at Spencer Smith, and Ian Kay at Irregular) we tried Neil Thomas’ One Hour Wargames, which are likeable but – we thought – too abstract for toy soldiers. They ought to shoot and fight as individual figures. We tried Ross MacFarlane’s ‘With McDuff to the Frontier’, but the version we had seemed to be a mix of several incarnations, occasionally contradicting one another (as rules generally do, if you read them from first draft to finished). So we just stole stuff from both, added some Larry Brom, and made up the rest. That’s how we professional rules designers do things, you know – – –

We kept things simple, as far as possible, and ‘true’ to an ethos of brave lead men and slightly dubious (but always patriotic!) nineteenth century history, rather than the sort of painstaking analysis that has no place here. Where the rules don’t cover an issue that comes up in a game, we implore players to make something up in the spirit of the game, to avoid quarrelling, and to roll a die each―highest wins―if something seems intractable. You aren’t creating a legal precedent, you are just moving the game along.

Here’s the very start of the rules, to get into the spirit of the thing:

“A Gentleman’s War is intended as a simple game involving toy soldiers of the classic style. It isn’t intended to be ‘realistic’ in any sense. Rather, it’s the friendly collaboration of two wargamers of mature years, with getting on for a century of playing with small but lethal figurines between them. It is a relaxed and relaxing game, where enough depends on the turn of a card and the roll of a handful of dice to say that our disasters are pure chance, but enough cunning decision-making to claim our victories as acts of brilliant generalship.

“There are lots of six-sided dice, saving rolls, distances in inches, and a general sense that there ought to be salmon-and-cucumber sandwiches and tea (or beer; Dan’s family owns a beer store, and I salute him for it).

“You are allowed―nay, encouraged―to alter rules as appropriate if playing in other time periods. Indeed, there are many areas where the players are expected to work out a polite and civilized solution to a question. We’re not barbarians.

“Our models are very brave, obedient, and generally do what we want them to. They fall over when ‘killed’. Players are expected to behave in a friendly manner, and conduct themselves as gentlemen (or ladies, as appropriate).

“There are no rules for ground or time scales. We’re past that.”

More in the none too distant future.

Buy the rules and cards here:

Our small but perfectly formed group meets most weeks, either at one of our homes or at Toy Wiz, the game store in Nanuet. This is the scene of a Rebel victory, using Dan’s 15mm figures he painted during the 1992 Olympics. Dan and Matt look assured of victory.

This is an affair in the American Revolution, won by the redcoats in a fierce struggle that only just went their way.

Here, for a change, is a Sci Fi squabble using my never quite finished Alien War rules. 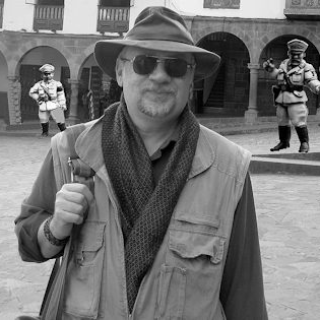 Two-fisted action hero, cat wrangler, painter of toy soldiers, builder of model scenery, writer of rules and books. Is there no beginning to my talents? My wife thinks not, and accepts this with stoic resignation.

Little Wars on a Budget

The Third Incarnation of the Point of Singularity

The random thoughts of an ancient wargamer. Featuring rules, battle reports, and all sorts of miscellaneous wargaming (and other) topics.